Hello and welcome to July's edition of the blog! It's been a busy time at SPHW the past couple of months with several Workplace Challenge events as well as School Games.

Across July 2nd and 3rd, we had our Herefordshire and Worcestershire School Games at Bromsgrove School and Hereford Leisure Centre respectively. Across the two games 3300 children and young people took part.

3300 children and young people took part across 24 sports 40 separate competitions. Almost 400 young leaders from several schools and colleges volunteered to help run and supervise the event. There were no safeguarding incidents registered with organisers across both events.

Almost 300 evaluations forms were completed across both Herefordshire and Worcestershire.

A fantastic two days of hard work by both competitors and staff alike resulted in two great School Games. We can't wait to do it again in Winter!

Loughborough University is leading a multi-million-pound research programme to investigate whether a 'snacktivity' approach to physical activity can be effective in improving people's health.

The Loughborough team will be working with colleagues at the Universities of Birmingham, Leicester, Edinburgh, and the Birmingham Community Healthcare Foundation NHS Trust on the £2.2 million project, which has been funded by the National Institute for Health Research (NIHR)

Current public health guidelines states that over a week, adults should achieve at least 150-minutes of at least moderate intensity physical activity, spread across five sessions of around 30 minutes. However very few people currently reach this weekly target, and to try and achieve it those who are inactive need to make significant changes to their lives.

The researchers will use a smartphone application (snackApp) synchronised with a wrist worn physical activity tracker to enable participants in the intervention to self-monitor their 'snacktivity' and get feedback on their behaviour. The snackApp will prompt physical activity after one hour of no activity. The research team will test whether this approach helps to make the public more active compared to the current guidance for physical activity. 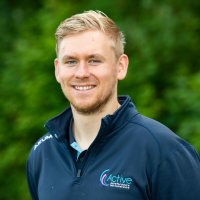