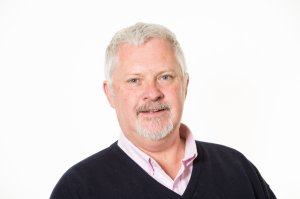 Jim is currently the CEO for Event Rider Masters, running the world's premier Eventing series with events in the UK, Germany, France Belgium and Ireland. Full P & L and operational responsibility for a series that is broadcast in 101 countries worldwide and features the top riders and horses on the planet.

Jim has worked on projects in all the major sports from cricket to formula one to football to rugby to equestrianism.

A fan of Manchester City since 1968, Ireland at everything, especially rugby, food, wine , travel, trashy novels and British television drama.

Greatest sporting moment - Two : Sergio Aguero's goal to win the league in 2012 in the last millisecond of the game and Warriors' famous final six-minute comeback culminating in Ryan Lamb's conversion to gain promotion to The Premiership. Video of both still have my nerves jangling