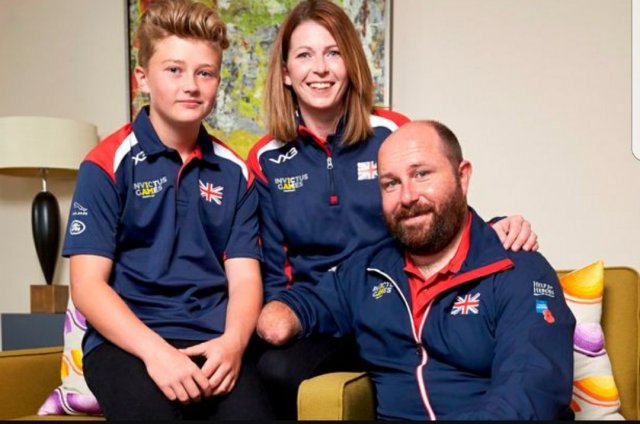 Taking place on Tuesday 2nd July, the Worcestershire Summer School Games will see over 1500 children and young people descend on Bromsgrove School for a day full of sporting competition and activities. Designed to build on the magic of London 2012, the School Games provide a unique opportunity to motivate and inspire young people across the country to take part in more competitive school sport and get physically active.

Created by Prince Harry, the international Invictus Games celebrates the 'unconquered' spirit of servicemen and women who have suffered injury or illness in the service of their countries. Army Veteran, Dave Watson, returned from the Australia Games in 2018 with two gold and two silver medals.

Achieving his lifetime ambition to serve his country, Dave joined the British Army Scots Guard Regiment in 2008. During a tour of Afghanistan in 2010, Dave turned to help a fellow soldier who had fallen down, but took a wrong step on to an explosive which resulted in the loss of his right forearm and both legs. It was Dave's positive 'can-do' attitude, determination and a passion for sport that turned life-changing adversity into inspirational opportunity.

In 2016 Dave attended his first Invictus Games trials. Although he was not successful that year, his self-belief and determination saw him qualify for the 2017 Games in Toronto. After tremendous success, Dave returned home with a gold medal in the IF6 Discus and a bronze medal in the IF6 Shot put event.

Dave's success continued at the 2018 Sydney Games, where he completed an astonishing medal haul. Competing in the F56 one minute and four minute rowing events, Dave snapped up two silver medals. After a dominant performance in the Discus, he retained his Champion title but also brought home a gold medal in the Shot put.

Dave's sporting dream will come true next year when he competes in the 2020 Paralympic Games in Tokyo, Japan.

Scott Smith, Chair of the Local Organising Committee, said "We are truly honoured to welcome Dave as our Worcestershire Summer School Games Sporting Champion. Throughout his career Dave has demonstrated values such as passion, determination and self-belief which are integral to the School Games."

"We know that Dave will be a great inspiration for the 1500 young people participating in the Games today, and wish him the best of luck in his future sporting ventures."