UK Coaching Releases their Summary Report from their Parent Survey

UK Coaching Releases their Summary Report from their Parent Survey 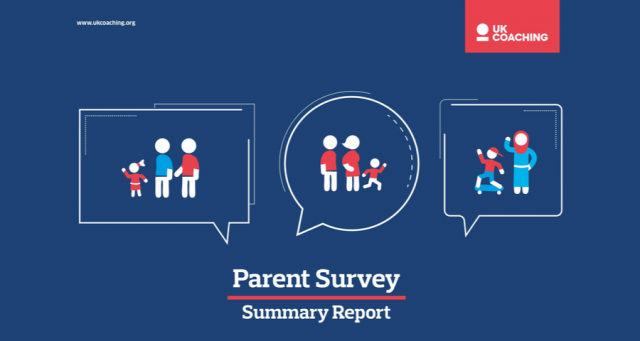 In 2018 UK Coaching commissioned an independent survey of parents of children who take part in coached sport and physical activity. "The primary aim of the survey was to understand parent's views of their child's coach and coaching, with a particular focus on methods of communication and parent-coach relationships. Over 1,000 parents were surveyed from a nationally representative sample." In this news story, we will dissect some of the key findings that UK Coaching presented in their summary report.

The insight above demonstrated the positive relationship parents have with their child's coach and the very high levels of trust. However, UK Coaching also offers an insight into areas for consideration:

"Two in 10 parents said they did not know the coach's name and three in 10 parents said they barely knew the coach at all. Furthermore, two in 10 parents said they never watch their child's coached session, primarily because they are not allowed to watch, or there is no space/room to watch. Given the significant role that parents play in supporting and encouraging their child's involvement in sport and physical activity, it is important that parents are welcomed into the club/facility and are encouraged to stay, watch and get involved. Involving parents and welcoming them into the coaching family may help to develop more positive relationships and could provide extra help with administration or fundraising activities, for example."