35 schools come together for the annual Herefordshire Spring School Games

35 schools come together for the annual Herefordshire Spring School Games 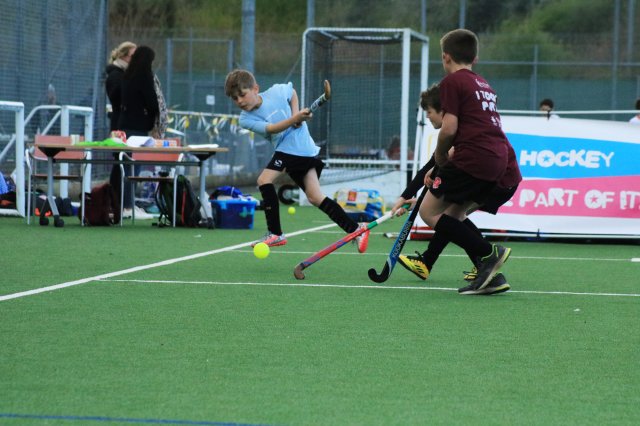 Last week over 500 children and young people from across the county came together to take part in the Herefordshire Spring School Games in Leominster.

After 2 challenging academic years, over 500 children representing 35 schools from across the county threw themselves into a sport-packed day at Bridge Street Sports Centre in Leominster. Funded by the National Lottery, Sport England and Active Herefordshire and Worcestershire, and delivered in partnership with Stride Active, the programme aims to inspire millions of children and young people to take part in school competition, as well as participation events across the country.

On Tuesday 5th April, young people scattered into each and every corner of the Bridge Street Sports Centre, a swarming mass of coloured tees, each emblazoned with the "I Took Part!" motto on the back, they would compete across 4 sporting challenges and competitions from inclusive football to hockey. Providing a range of diverse opportunities for young Herefordians, the event was supported by a team of 60 Young Leaders, from local schools and colleges across Herefordshire, organising activities and recording the highlights of the day.

Focussing on the six values of respect, honesty, teamwork, determination, passion and self-belief, the Games provide a unique opportunity to motivate and inspire young people to take part in more competitive school sport and get physically active.

Stephen Brewster, Chief Executive Officer at Active Herefordshire and Worcestershire said, "Over the past couple of years we have really missed coming together for our annual Herefordshire School Games festivals. We are delighted to welcome 35 schools from every corner of Herefordshire to the Spring Games here at Bridge Street."

"Throughout the year we hope our School Games events will create positive experiences for hundreds of children and young people, inspiring them to live a physically active lifestyle and participate in competitive school sport, particularly in a year with the Commonwealth Games on our doorstep!"

For more information around the Herefordshire School Games, along with the full results, please visit: www.activehw.co.uk/herefordshire-school-games or contact Sarah Millward on s.milward@worc.ac.uk or call 07766 991855.