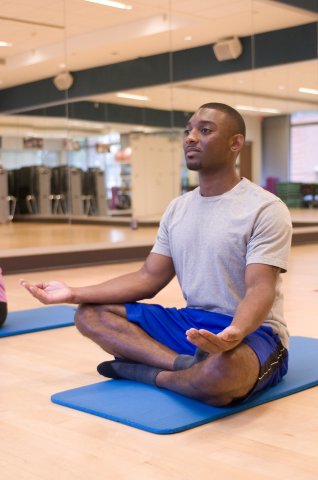 Being active can have incredible physical, social and mental health benefits for individuals. Regular Yoga practice has been proven to have a multitude of benefits, not limited to the physical ones of increased strength, flexibility and health. For Thomas, the Visually Impaired Yoga Satellite Club, run by Hereford Yoga Centre, had a significant impact on many areas of his life.

Thomas is registered blind and suffers from significantly reduced mobility. Before the Yoga sessions he was classified as inactive and was unable to move from his chair. Thomas attended every week of the newly established Visually Impaired Yoga Satellite Club. After great determination, Thomas now has the ability to perform standing, seated and supine poses independently.

Following the course, Thomas feels more confident, his balance has improved and the classes have had a positive impact on his mental health. He says he would now encourage anyone with a visual impairment to try Yoga!